“Goulart carried off three awards, including the most desired one: ‘Best Documentary’, with the film The Cleansing of Bonfim – from Bahia to New York.  The Inffinito Group brought the famous trophy ‘Lente de Cristal’ and his film will also screen in several festivals the Inffinito Group promotes, such as Cine Fest Petrobras in New York, Brazilian Film Festival of Miami, among others worldwide.” 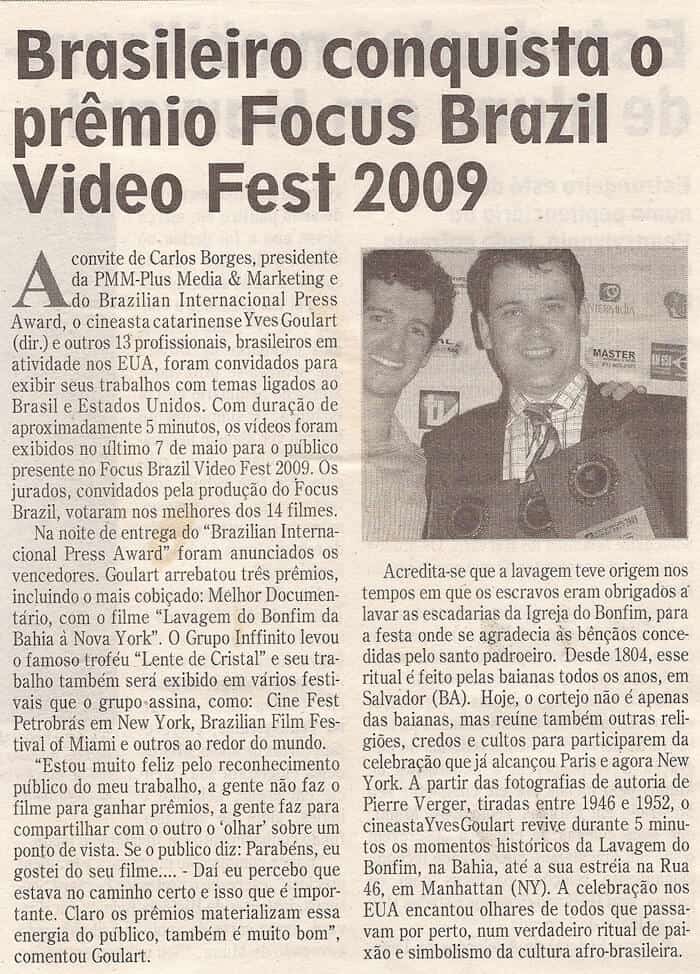