“The short film Edilamar by Yves Goulart, born in Urussanga, Santa Catarina, was selected to be presented at the 5th Petrobras Brazilian Film Festival, which will continue until Sunday, in New York.  The film screened yesterday before Bruno Barreto’s film (…).”

“The festival takes place every year and is a reference of the best films made in Brazil in 2006 and 2007.  The project Revealing the Many Brazils – Year 1 was invited by Grupo Inffinito (producer of the 5th Petrobras Brazilian Film Festival in New York) to be shown for the first time in New York.  Nine films, among 40, were selected and they all have English subtitles.” 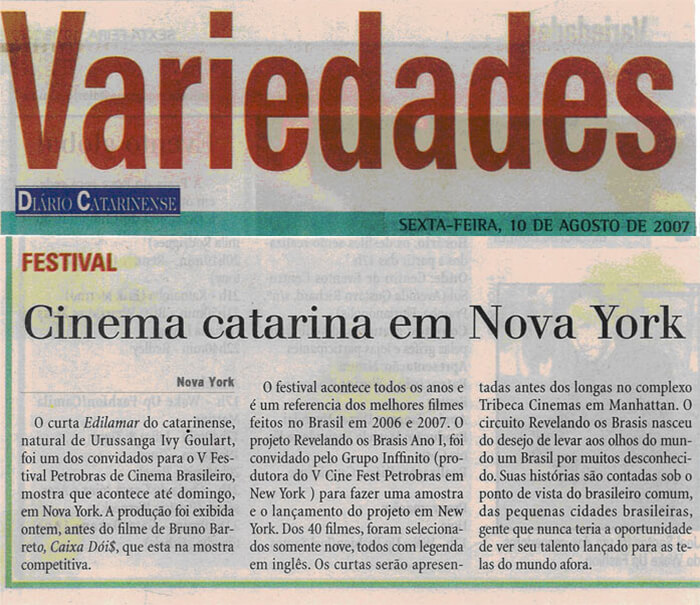