“Success: Short film produced, directed and starred by people from Urussanga was one of the films selected for the Film Festival in the USA.”

“Among 40 films of the project, nine were selected to be screened and Edilamar is among them.  The short films will be presented before the feature films in the Tribeca Cinema, in Manhattan.” 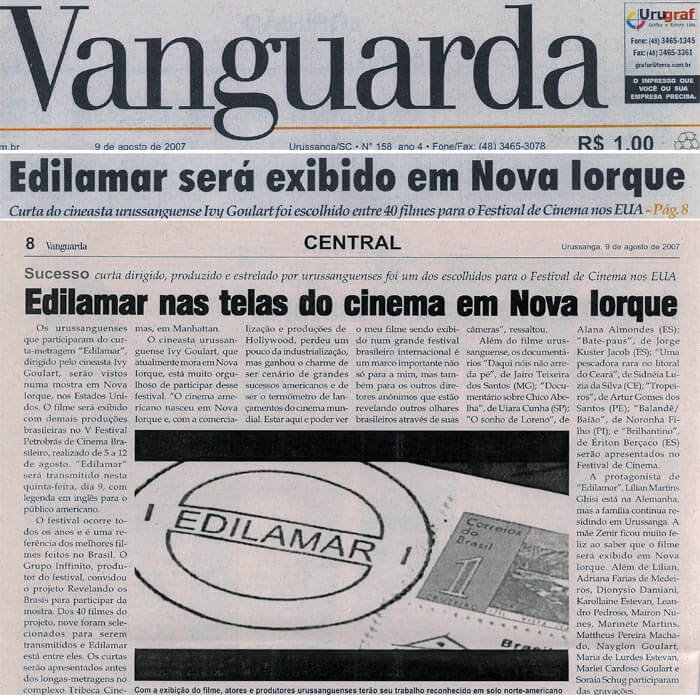