“The 21st anniversary of the Santana Mine explosion, in Urussanga, is the theme of the photographic exhibition in the lobby of the Santa Catarina State University. It will also be presented a documentary on the subject, entitled Black Gold, by filmmaker Yves Goulart. The short film is about the accident in the Santana mine, which happened on September 10, 1984, after an explosion caused by the accumulation of methane gas, which killed 31 miners.” 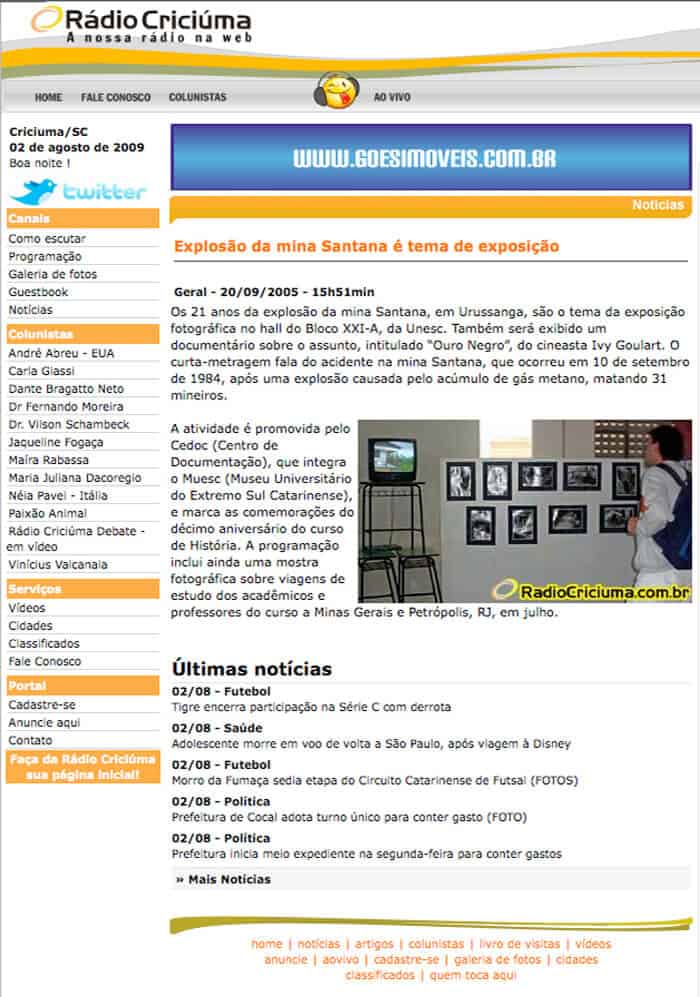