“Francisco’s story, told by Yves Goulart’s point of view, has already won an Award of Excellence from the Accolade Global Film Competition, in November 2014, and a Silver Palm Award from the Mexico International Film Festival, in May 2015.  In addition, the film has featured on national and international news.” 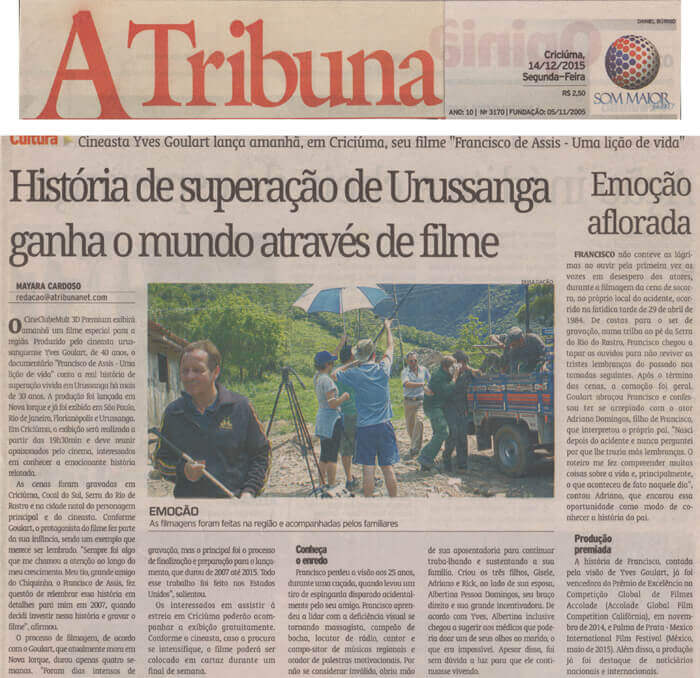